HomeSports NewsDeontay Wilder confident that movies will be written about his comeback against...
Sports News 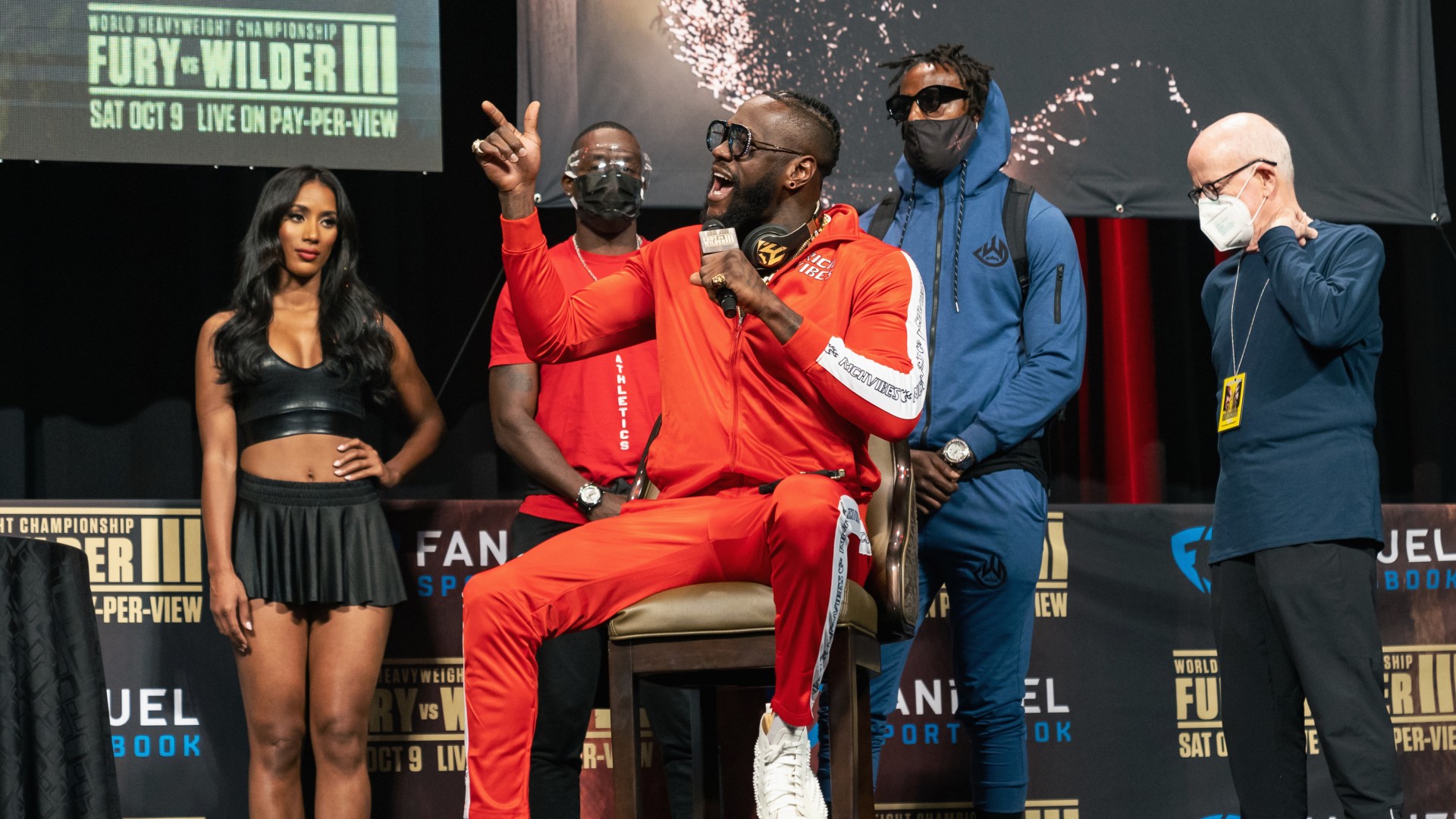 Over the past 20 months, Deontay Wilder has had to stew in the fact that he suffered his first defeat at the hands of rival Tyson Fury. For a little under two years, he has offered a variety of reasons why the prolific knockout artist was knocked out by The Gypsy King.

Many found his behavior and litany of bizarre excuses odd and Fury even went so far as suggesting that Wilder is dealing with some mental health issues. But for a fighter who was humiliated in front of thousands inside the arena and others watching on pay per view and has an opportunity to avenge his loss Saturday in Las Vegas, The Bronze Bomber seems to be taking it all in stride as he sits in a locker room at T-Mobile Arena and fields Zoom interviews.

MORE: How to watch Fury-Wilder III

Just a few moments earlier, his rival took to the stage and reiterated that he would embarrass him again to finish the trilogy. Wilder couldn’t hear any of this as he was in the middle of his last interview. When asked whether he’s ready for his opponent, Wilder’s response raised a few eyebrows.

“I’m firing on all syllables.”

A hush fell over the room. That is, until a member of Wilder’s team burst into laughter. Followed by trainers Malik Scott and Jay Deas. After Wilder completed his interview, he turned his attention to his team.

And Wilder, too, exploded into a hearty laugh.

Maybe he’s not taking himself as seriously as we think.

MORE: Fury vs. Wilder III: A timeline of the trilogy

But what he does recognize, above all else, is that overcoming adversity is a satisfying storytelling element. And a victory over Fury will silence those who questioned why he made so many excuses for what transpired last February.

“Everyone loves a comeback story,” Wilder told Sporting News as he walked to a car waiting outside for him. “Much of my story has already been laid down with how I got into boxing and doing it for my daughter, who was born with (spinal condition) spina bifida, how I promised her that I’d be a world champion. I did that.

“But I had to succumb to a defeat and will make my comeback. I can already see movie scripts being written because this will be a great one.”

Wilder has made no secret about how he factors energy and outside forces into his life. Interestingly enough, when asked when he felt that something was off ahead of his second fight with Fury, he suggested that he felt something was wrong well before the suit, the injury, the trainer or even his opponent came into play.

“I noticed it earlier in the week,” Wilder said. “The atmosphere all around was off. Not only did I feel it but my team did as well. Something was weird. Something just didn’t feel right like it usually does. But now I feel more protected and looking forward to the fight.”

MORE: Fury-Wilder purse: How much will they make in trilogy fight?

Why didn’t Wilder say this in the past? Instead of the litany of reasons he offered, most would have likely found it acceptable to say that it was simply a bad night at the office. But the reality is that he’s still trying to figure out what went wrong last February. He fired trainer Mark Breland, who he has accused of conspiring against him and brought in former opponent Malik Scott to step into the trainer role.

Wilder truly believes he has rid himself of any bad energy that could disrupt the biggest fight of his career and said that the time off due to injury and the COVID pandemic has allowed him to find a happiness that he was missing previously.

“The pandemic was peaceful for me because I had all I needed at home,” he said. “In some ways, it rejuvenated me. It allowed me to get back into the sport the way I needed to. My life is filled with laughter, joy, positivity and love that I needed to experience. And, as you just saw, we’re still able to have fun amongst each other.”

Wilder pointed to the previous interview and shared another laugh with his team over mixing up “cylinders” with “syllables.”

If all that he has to worry about is mixing up words, he’ll be in a great space come fight night. Unfortunately, his opponent will find no humor in his inside jokes. But Wilder knows this and knows what to expect inside the boxing ring. For Wilder, victory is not only expected, it is a formality that will complete a redemption song that was in the works well before he became the star that he is today.

“This is a story of redemption and retaliation,” Wilder said. “I’m going to punish him, then knock him out. And that comeback song is going to sound so sweet.”