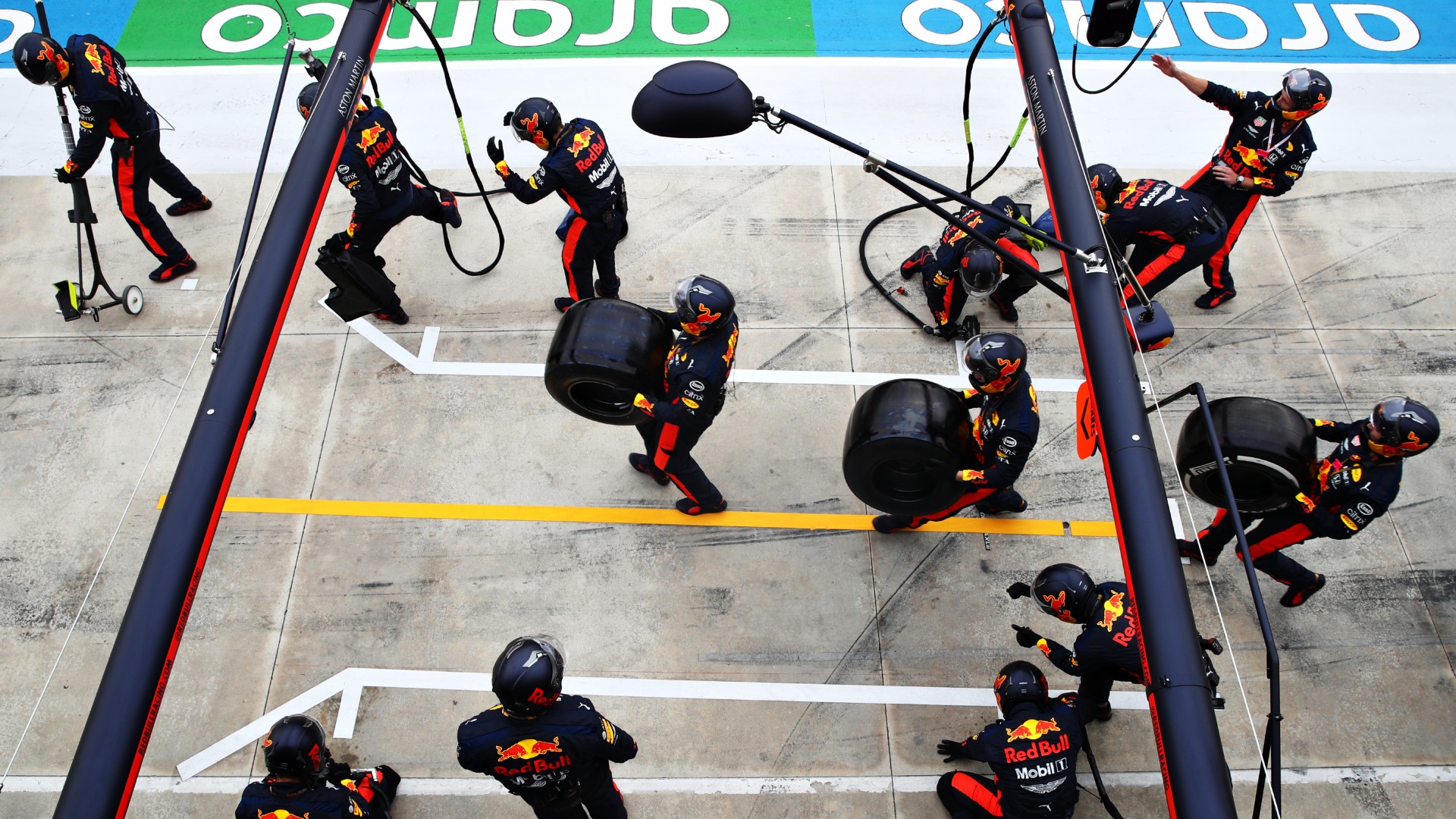 It’s a front-row lockout for Mercedes — with a catch.

Lewis Hamilton went fastest overall in qualifying on Saturday, but because of a power-unit switch, he will drop back to 11th. Teammate Valtteri Bottas will start on pole in Saturday’s Turkish Grand Prix.

Entering Saturday, just two points separate Verstappen and Hamilton in the world championship race, with Hamilton holding the thin, thin margin over Verstappen. We could see another change in Turkey.

Here’s how they’ll line up this Sunday:

Starting from the back of the grid will be Ferrari driver Carlos Sainz, who was assessed a penalty for a power unit change heading into the weekend.

What channel is the F1 race on Sunday?

The ESPN family of networks will broadcast all 2021 F1 races in the United States using Sky Sports’ feed with a few races heading to ABC later in the season.

In addition, ESPN Deportes serves as the exclusive Spanish-language home for all 2021 F1 races in the US

What time does the F1 race start on Sunday?

The 8 am ET start time for Sunday’s race means the 2021 Turkish GP will start at 3 pm local time. The on-the-hour start time means lights out will likely take place just after 8 a.m. ET. ESPN’s pre-race show usually airs in the hour prior to the start of the race.

Below is the complete TV schedule for the weekend’s F1 events at the Turkish GP.

For those who don’t have a cable or satellite subscription, there are four major OTT TV streaming options that carry ESPN: fuboTV, Sling, Hulu, YouTubeTV and AT&T Now. Of the four, Hulu and YouTubeTV offer free trial options.

Below are links to each.

For those who do have a cable or satellite subscription but are not in front of a TV, Formula 1 races in 2021 can be streamed live via phones, tablets and other devices on the ESPN app with authentication.

The Canadian GP was canned as the country continues to wrangle with coronavirus issues, and F1 added the Styrian GP in its stead. The French GP moves up a week to June 20.

The race originally scheduled for Oct. 3 in Singapore was also axed with the Turkish GP rejoining the schedule for the same date. That race takes place at Istanbul City Circuit.

The Portuguese Grand Prix returns for its second-consecutive running after a 22-year absence. Also making its debut this year is the Saudi Arabian Grand Prix, which is scheduled for December.