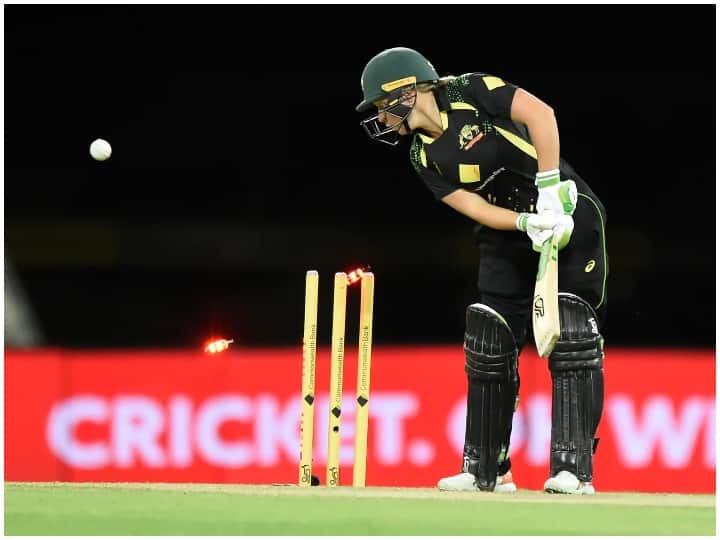 Australia Women vs India Women 2nd T20: Even though Team India lost in the second T20 played between the women’s teams of India and Australia at the Carrara Oval in Queensland, Indian bowler Shikha Pandey is being discussed everywhere. Actually, Shikha bowled a wonderful ball in this match. Alyssa Healy of Australia got bowled on this ball of Shikha. Former Indian opener Wasim Jaffer has called this ball of Shikha ‘Ball of the century’.

India’s medium pacer Shikha Pandey bowled Australia’s Alyssa Healy on a great in-swinging ball. The video of this ball of Shikha is becoming fiercely viral on social media. However, the Indian team had to face defeat in this match. Team India had scored 118 runs for 9 wickets in 20 overs after playing first. In response, the Australian team won by four wickets in the last over.

Know the full story of Ball of the Century

Shane Warne, playing his first Ashes Test against England on June 04, 1993, could never have imagined that this day would be known because of his one special ball. In this Test played at Old Trafford, England, Australia had scored only 289 runs while playing first. In response, England made a great start, but as soon as the ball came in Warne’s hands, Warne bowled a ball that the world was surprised to see.
Warne, who often flew and spin the ball, had bowled a leg break ball that day in front of England batsman Mike Gatting, but Warne’s art of spinning, the moisture of the pitch and the brilliant shine of the ball on one side did something amazing. Did that the ball hit the leg-stump and blew the off-stump of Gatting.
Everyone sitting in the stadium along with Gatting and Warne was stunned to see this ball. According to experts, this ball of Warne had spin more than 90 degrees. This ball of Warne was discussed in every country and later it was given the title of ‘Ball of the Century’.