Lisa Ling: It’s time to rethink how we are teaching history in our schools 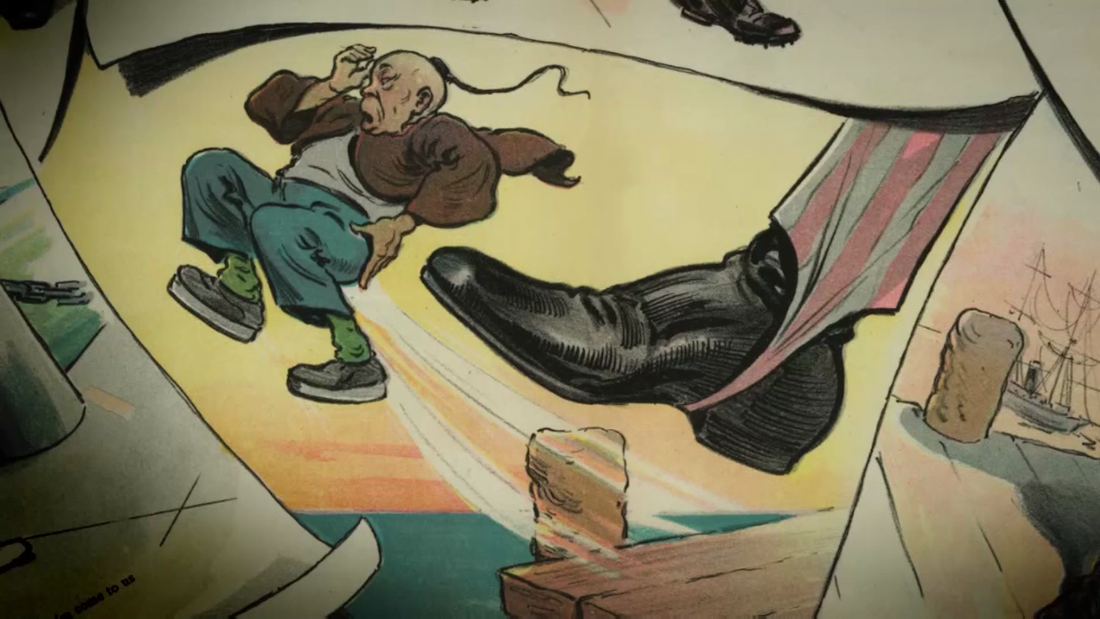 On the very first page, Zinn recounted what Christopher Columbus wrote in his log about the Arawak people he encountered upon reaching the new world:

“They … brought us parrots and balls of cotton and spears and many other things, which they exchanged for the glass beads and hawk’s bells. They willingly traded everything they owned …They were well-built, with good bodies and handsome features …They do not bear arms, and do not know them, for I showed them a sword, they took it by the edge and cut themselves out of ignorance. They have no iron. Their spears are made of cane … They would make fine servants …With fifty men we could subjugate all of them, and make them do whatever we want.”

Up until that moment, Columbus Day, the second Monday in October, was in my mind always reserved for parades or barbecues — a day to celebrate America’s origins. After reading Zinn’s book, the holiday became something else: a reminder of the conquest, displacement and even the genocidal origins of our nation. This knowledge would compel me to want to know more about — and to even advocate for — our native brothers and sisters who were violently driven off the land that we call home.
Not long after reading Zinn’s book, I learned about another dark episode in American history that pertained to people who look like me — something that took place during World War II. After the Japanese government bombed Pearl Harbor in 1941, President Franklin Delano Roosevelt issued Executive Order 9066 that forcibly removed Americans of Japanese descent from their homes and into prison camps.
That order imprisoned 120,000 people, including 17,000 children, for years. Across the country, fear spread that anyone who was even 1/16th Japanese could commit espionage against the United States government.

I don’t have the words to describe how it made me feel as I read about this period of American history.

As a young Asian American growing up in Carmichael, California — a less diverse suburb of Sacramento — I was conflicted about my identity: I never felt totally American because I didn’t look like most in my community, nor did I know anything about being Chinese because I wasn’t from China.

There was nothing in my history books about the contributions of Asians Americans or the discrimination and violence directed at Asians dating back over 100 years. There was just nothing.

When there is no reference to one’s inclusion, it can become easy to overlook and even dehumanize an entire population. One of the reasons why Asians have been so easy to scapegoat in the wake of the Covid pandemic, is because it is a community that some may not recognize as belonging here.
In June of 2020, I opened social media and I saw people posting about Juneteenth. Though I had heard the word before, I didn’t realize what a significant moment in American history it was: the official end of slavery. I was ashamed to have not known about it, but I don’t recall it ever being included in my history books either.
Author of the epic bestselling book, “Caste: The Origins of Our Discontents,” Isabel Wilkerson recently posted to her social media something that gave me immense pause: “It will not be until the year 2111 that African Americans will have been free as long as they have been enslaved. No adult alive today will see the day when African Americans will have reached parity between freedom and bondage.”
That was the catalyst for wanting to dedicate this season of my show “This Is Life” to exploring events in American history that didn’t make it into many history books but still impact our country today.
The inner drive I felt to revisit these histories is one reason why, to me, the current opposition to teaching what many call “Critical Race Theory” is confounding. The term, which actually applies to a set of academic principles born in legal theory, has come to mean for some the teaching of all race-related issues in school. When immigration and race have played such significant roles in the evolution of our nation, what happens when we are afraid to address past errors around these issues head on?

My high school US history classroom experience was pretty limited. Upon getting seated in class, I would listen as my teacher would assign a couple of chapters of a dryly written history textbook. We were instructed to answer the questions at the end of each one. Much of what I read highlighted the country’s pioneers, the victors, the politicians, the heads of industry and inventors.

It wasn’t that these historical figures didn’t deserve to occupy space in my textbooks. In fact, as I write this, I am sitting on an airplane flying from the West Coast to the East Coast and marveling at the ingenuity of my means of transport.

But it never occurred to me as a school-aged girl that there might be other sides to the stories I learned in my history class — the stories of the enslaved, the immigrants, the imprisoned, and the exploited.

As Americans, we must continue to ask ourselves: In our quest to democratize this nation and even dominate the world, whose sacrifices may have been overlooked? How can we ensure their stories are never left behind?

When we leave out large swathes of stories of the diverse peoples who call our country home, we effectively erase their contributions and their struggles — and it becomes a lot easier to continually repeat the same mistakes.

opinions,Lisa Ling: It’s time to rethink how we are teaching history in our schools – CNN