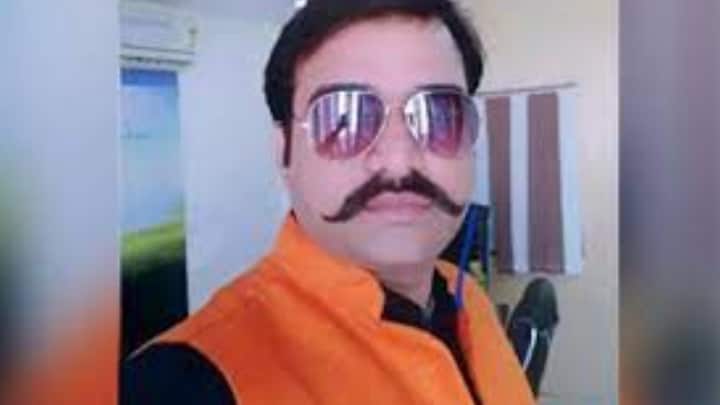 Manish Gupta Death Case: Two accused policemen have been arrested in connection with the suspicious death of businessman Manish Gupta in Gorakhpur. The police (UP Police) have arrested the accused Inspector Jagat Narayan Singh and Inspector Akshay Mishra. Both the policemen are accused of lynching a Kanpur businessman.

Earlier, the Special Investigation Team (SIT) announced a cash reward of Rs 1 lakh each for providing information leading to the arrest of the accused, one inspector (inspector), three sub-inspectors (sub-inspectors) and two constables (constables). Was. Police Commissioner Aseem Arun told on Saturday that the absconding police inspector Jagat Narayan Singh, resident of Amethi, sub-inspector Akshay Kumar Mishra, resident of Ballia, Vijay Yadav, resident of Jaunpur and Rahul Dubey, resident of Mirzapur, principal constable Kamlesh Singh Yadav and constable Prashant Kumar (both residents of Ghazipur) were arrested. A reward of Rs 1 lakh each has been announced.

Businessman Manish Gupta’s death during a police raid at a hotel in Gorakhpur: Accused Police Inspector Jagat Narayan Singh and Sub Inspector Akshay Mishra arrested by Police, in connection with the matter.

CBI inquiry recommended
Let us tell you that the Yogi government has also recommended a CBI inquiry in this case. Additional Chief Secretary (Home) Avnish Kumar Awasthi said that till the time the CBI starts its investigation in this case, the investigation of the case will be transferred from Gorakhpur to Kanpur by a specially constituted SIT (Special Investigation Team). .

Significantly, Manish Gupta, a businessman from Kanpur, died under suspicious circumstances in a hotel in Gorakhpur. Manish had come to a hotel in Gorakhpur to meet his friends. It is alleged that some policemen entered late night and they beat up Manish fiercely. Manish was taken to a private hospital for treatment. When his condition deteriorated, he was taken to BRD Medical College, where he died.

Saharanpur Rally: Akhilesh’s attack, ‘Government that crushes farmers will have to be removed, FIR registered after our struggle’

UP Election 2022: UP BJP President Swatantra Dev Singh said – a leader is made by the love of the public, we did not come to crush anyone with fortuner