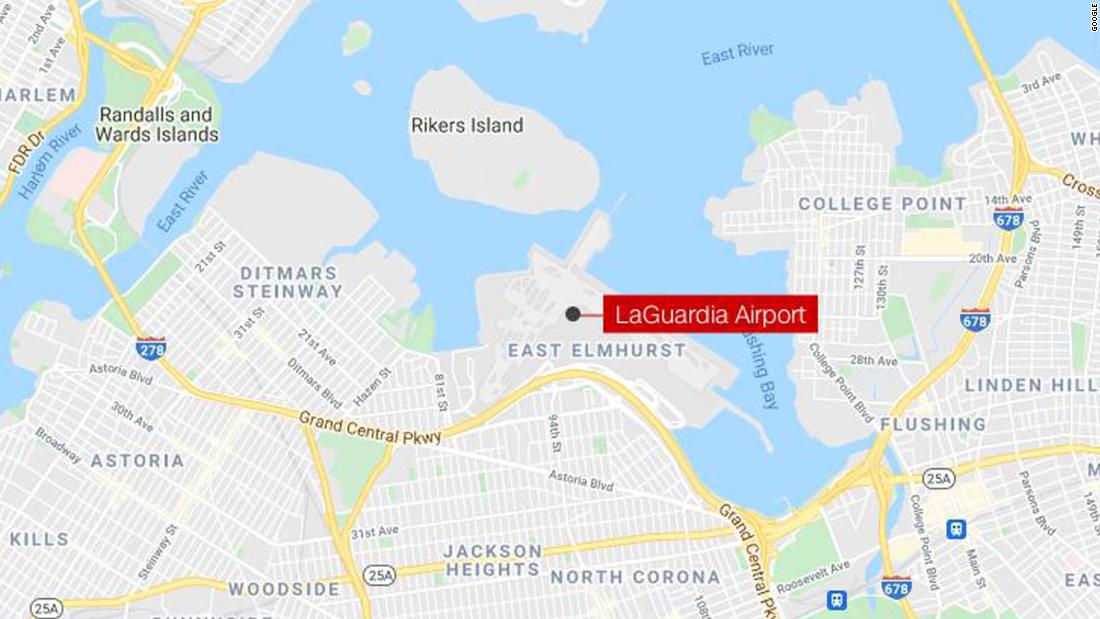 The flight, operated as American Airlines flight 4817, was evacuated “in response to reports by passengers of suspicious and erratic behavior by a fellow passenger,” according to a statement from the Port Authority of New York and New Jersey.

The pilot alerted authorities on the ground of the incident and when the plane landed on a runway, a “runway exit from the airplane was performed to clear passengers from the airliner,” according to the Port Authority statement.

Investigators are interviewing the passenger who was acting suspicious as well as several passengers who were sitting closest to that person in order to learn more about what took place aboard the flight, the Port Authority added.

The Port Authority Police Department called in the New York City Fire Department to assist with a flight making an emergency landing, the FDNY told CNN.

Indianapolis resident Laura Bergdoll who was on the flight with her 7-year-old son told CNN as soon as the plane landed “the pilots and flight attendants started yelling ‘evacuate! evacuate!’ And we all got off the plane.”

Bergdoll said she heard that “someone was acting suspiciously and made some type of bomb threat.”

The flight was an American Eagle flight 4817, operated by Republic Airways that originated from Indianapolis and was arriving at LaGuardia, according to the airline statement.

The Federal Aviation Administration is aware of the incident and calling it a security incident where all passengers were safely deplaned.