HomeSports NewsRandy Arozarena sends Rays off and running as they begin defense of...
Sports News 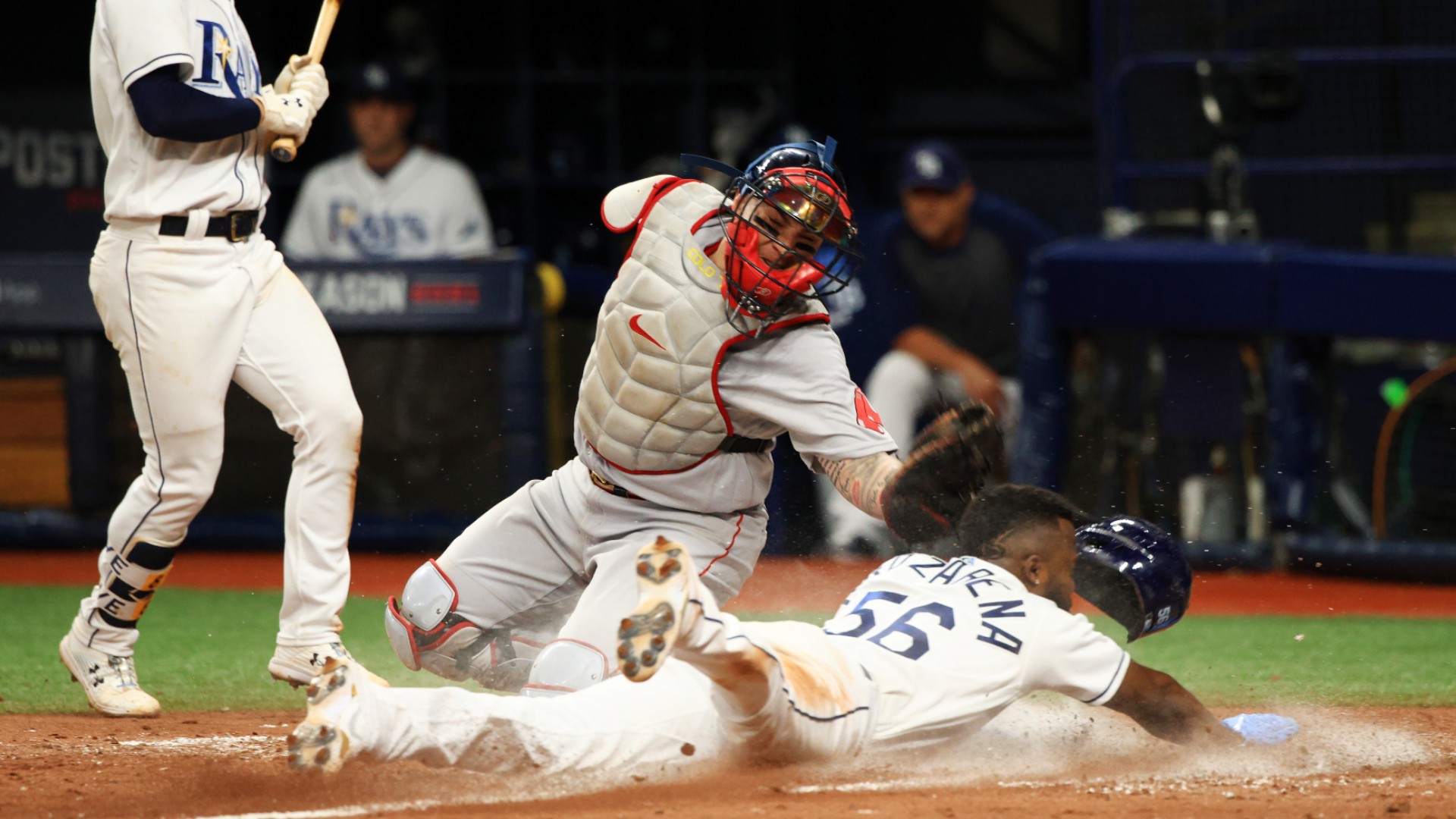 Randy Arozarena did something more impressive than swat like Babe Ruth on Thursday night — he swiped like Jackie Robinson.

And in channeling those two October legends, the rookie outfielder gave his team a huge jolt of energy as it opened the defense of its American League title. Tampa Bay is up 1-0 on the Red Sox in their best-of-five ALDS after a 5-0 victory Thursday night at Tropicana Field.

Arozarena scored three of those runs, none more electrifying than his tally in the seventh inning. He completed the first straight steal of home in the postseason since Robinson’s theft in Game 1 of the 1955 World Series. It made Arozarena the first player to homer and steal home in the same postseason game.

“I noticed that the pitcher (Josh Taylor) wasn’t really watching for me or covering for me, and I saw the third baseman (Rafael Devers) was pretty far away in respect to where I was at,” Arozarena, who had 20 homers and 20 steals in the regular season, said through an interpreter. “I was looking over to (third base coach Rodney) Linares, telling him, ‘Hey, I’m going to go, I’m going to go.’ Peeked over and saw (manager Kevin) Cash give him the green light as well, so that’s when I decided to take off.”

It was an exclamation point on a dominating team performance. And it relegated his Ruthian blast in the fifth inning to the footnotes.

“The steal of home, that was one of the cooler things I’ve seen on a baseball field,” Rays manager Kevin Cash said. “Look, special player. He certainly gets up for the moment. He has proven that day in and day out, and definitely when it’s postseason time.”

What will get overlooked about that daring dash was how he got to third base. He hustled there on a double by Wander Franco. He was ready to score from first base on the hit, just as he did in the first inning on another Franco double, but Linares put up the stop sign.

For a split-second, it looked as though Arozarena was going to repeat his baserunning adventure from Game 4 of the World Series. Fortunately for everyone but Red Sox Nation, he dove back to third safely.

Arozarena waited just three plate appearances to add to his postseason home run total, taking long reliever Nick Pivetta out to left. He set a single-year record with 10 in 2020 as the Rays got to Game 6 of the World Series.

So where does the Ruth comparison come from? TSN’s Micah Adams looked it up: The Bambino is the only player in baseball history to have more home runs in a 20-game stretch of postseason games, with 12 from 1923 to 1932. (Yes, those were all in the World Series, but all postseason games count to MLB.)

More importantly for Arozarena, he learned that his lucky cowboy boots still have some dingers in them.

“I put the boots on before the game today, just like I did before the first game of the playoffs last year, and in that playoff game against the Yankees I hit a home run. So I hit a home run today, so that just shows that the magic is working from the boots,” he said through the interpreter.

He was wearing regular cleats as he streaked to the plate and trotted around the bases during the game. His feet helped the Rays take a big first stride toward their goal of a championship this October.

Share
Facebook
Twitter
Pinterest
WhatsApp
Previous articleSRH vs MI: Today there will be a clash between Hyderabad and Mumbai, know who is ahead in the numbers
Next articleTropicana Field catwalk gets in way of Nelson Cruz home run: What are the ground rules?