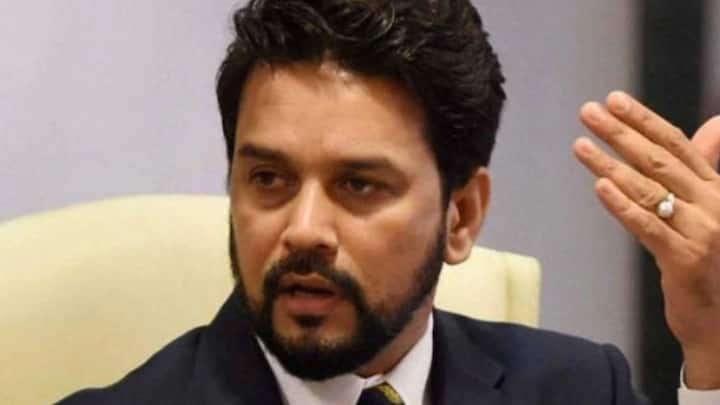 Sports Minister Anurag Thakur has slammed Hockey India for taking a unilateral decision to withdraw from next year’s Commonwealth Games (CWG). He has said that the national federation is required to consult with the government before taking any such decision. Thakur said that the government being the main funder of Olympic Games in the country has every right to decide on the representation of the national team.

Anurag Thakur told reporters, “I think any federation should refrain from making such a statement and should discuss with the government first because it is the national team, not the federation’s team.” At the same time, he said, “In this country with a population of 130 crores, only 18 players do not represent the country. This (Commonwealth Games) is a global competition and I believe that they (Hockey India) should talk to the government and the concerned department.” The government will decide.

If cricket can be there then why not hockey

Anurag Thakur said that there is no dearth of hockey talent in the country. Giving the example of cricket, he said that it is not new for professional players to play in two consecutive tournaments. He said, “There is no dearth of talent in hockey in India. If you look at cricket, there is IPL going on and then there is the World Cup. If cricketers can play two tournaments one after the other, then why not players from other sports. can.”

Thakur said, “I can understand that the priority is being given to the Asian Games and I am not going into this. I am just saying where the Indian team will play, it depends not only on the federation but also on the government. “

Thakur’s strong statement has come after Hockey India decided to pull out of the Birmingham Commonwealth Games on Tuesday due to concerns related to Kovid-19 and Britain’s discriminatory rules related to segregation. Hockey India had also said that there is only 32 days between the Birmingham Games (July 28 to August 8) and the Hangzhou Asian Games (September 10 to 25). Let us tell you that after winning the gold medal in the Asian Games, the team will directly qualify for the Paris Olympics to be held in 2024.

DRS will be used for the first time in Men’s T20 World Cup, two chances of review will be available in every innings of the match