The Indian Air Force has a huge fleet of planes, seeing the power, the enemy trembles. 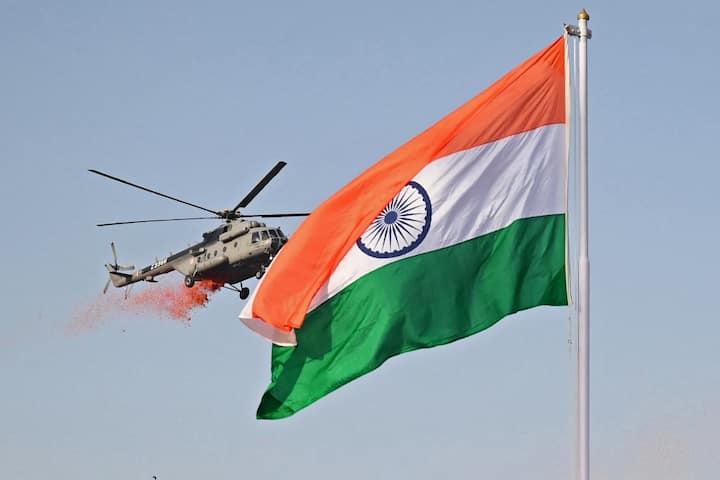 power of the air force

Hindon Air Base is getting the best air-display

Let us tell you that on the occasion of Amrit Mahotsav of Independence, a great air-display is happening at Hindon Air Base today. 75 aircraft are showing their strength at Hindon air-base. All these aircraft are part of a great air-display and are presenting an example of making the enemies of the country proud of their might. This time a total of 75 aircraft including Rafale, Sukhoi, MiG-29, Jaguar, Mirage and MiG-21 Bison are participating in the air display. A glimpse of the golden victory-year of the 1971 war will also be seen in the air-display this time.

According to the Air Force, this year the Vijay, Shamsher, Bahadur, Vinash and Tricolor formations of fighter aircraft will be special attractions at Hindon Air Base near the capital Delhi. These different formations will include 05 MiG-21 Bison aircraft, 05 Jaguar, 05 MiG-29, 04 Sukhoi, 02 LCA Tejas and 02 Rafale. But the most special will be the arrow-head formation in which one each LCA Tejas, Rafale, Mirage 2000, Jaguar and MiG-29 will be seen flying together.

Apart from this, LCA Tejas, Rafale and Sukhoi will be seen flying in the skies of Hindon Air Base in a coordinated display. The air display will include 01 AN-32, 01 Sa-17 Globemaster and 03 C-130J Super Hercules military transport aircraft. Helicopters will see Mi-17V5, ALA-Mark-4, Chinook, Apache and Mi-35. Apart from this, vintage aircraft will also be part of the air display which will include Tigermoth, Dakota and Harvard. The Surya Kiran Aerobatic Team of the Air Force will also participate in the air display. In this team, nine (09) Hawk aircraft will be seen doing acrobatics in the sky together. Apart from this, the Galaxy team of the Air Force will also land at Hindon airbase through a para-drop from an aircraft in the sky.